A non-profit making organisation providing training in working with trauma at affordable prices.

This organisation has grown from a small group of therapists interested in improving access to the latest developments in treating the psychological consequences of traumatic experiences. Most of us initially trained in Eye Movement Desensitization and Reprocessing (EMDR) and Sensorimotor Psychotherapy (SP). We are committed to providing advanced techniques for the use of EMDR practitioners and introducing other therapeutic modalities which will improve clinical outcomes in complex trauma disorders. We are seeking to make such trainings as cheap as possible and to provide opportunities for therapists working in voluntary organisations to access trainings at reduced rates. The organisers do not make any money from this venture. Any profits are used for further educational events.

Trauma Training in Scotland is a membership organisation. Membership is open to anyone working in Scotland with clients/patients who have experienced trauma. To become a member please complete an application form and email it to traumatraininginscotland@gmail.com

People who have been severely traumatised in childhood often present in adulthood with difficult-to-treat psychiatric disorders. The emotional states resulting from early trauma are seen as dysregulated, not readily amenable to soothing by the sufferer or those around him or her, and they may present as depression or anxiety or complex posttraumatic stress disorder (complex PTSD). The efforts to restore a regulated, soothed, comforted, emotional state may include deliberate self-harm, substance abuse, binge eating and compulsive behaviours: because these are often harmful they are referred to as dysfunctional behaviours. Sufferers will attract many different diagnoses, especially if dissociation has been one of the involuntary survival strategies, and they may be included in any one of many different treatment programmes aimed at symptom reduction and stabilisation. Often there will be no acknowledgement of the origins of the disorder in childhood trauma for fear of further destabilisation. This is therefore a group of clients/patients for whom it is difficult to access a coherent service provision. Where the trauma has arisen in the early attachment experiences of the person (Lyons-Ruth et al 2006) there may even be no obvious history of abuse: one of our aims is to increase awareness and identification of these clinical presentations.

Those with the most severe complex trauma disorders are those who experienced severe emotional abuse or neglect in their early attachment relationships and then had the damage compounded by physical or sexual abuse. When there is nobody to turn to for help dissociation from the pain and isolation is the only survival strategy available. This may come at the cost of changes in the structure of the developing brain: there is, in some severe dissociative disorders, evidence of significant reductions in the volume of structures such as the hippocampus and the amygdala. Those who have structural brain changes as a result of abuse and neglect from birth onwards are often invalidated by being offered 10 sessions of CBT for depression or anxiety – symptoms treated in isolation from their causes. A gastroenterologist who treated nausea with medication whether it arose from indigestion or gastric cancer would rightly be not taken seriously; yet psychiatry continues to see a similar process as an evidence-based, rational approach. 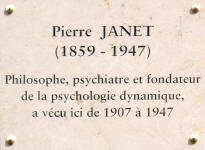 Trauma therapy since the time of Pierre Janet (who published in the late 19th and early 20th centuries) has been in three stages: safety and stabilization; (re)processing of trauma memories; personal integration. To focus only on stage 1 is not trauma therapy. To go too rapidly to stage 2 can increase dysregulation and the associated dysfunctional behaviours. Trauma therapy needs to be multi-modal and adaptable. Sometimes people venture briefly into stage 2, return to stage 1 with more awareness of what is needed before returning to stage 2, and so on. Commitment to safety and to the pursuit of health allows creativity and adaptability for what is often a long-term treatment. Frequently people feel more distressed initially as they connect, with more awareness, with the origins of their distress. It is important that it is appreciated that this is part of the healing process and that techniques are available to the client/patient for regulating the pain. 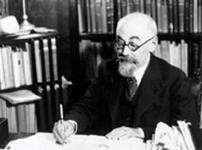 Dates for your Diary

As always for TTiS events we generally aim to keep the cost per day for members who book at the early bird rate below £100. See the ‘Further Information’ sheet for each event for details of costs.  Additional information (eg about venues) will be distributed to participants as they become available for each event.

To enquire about or book a place on any TTiS events please contact us.

Please note that due to the part-time administration of this small organisation we may not get back to you immediately, however we will be in touch as soon as possible.